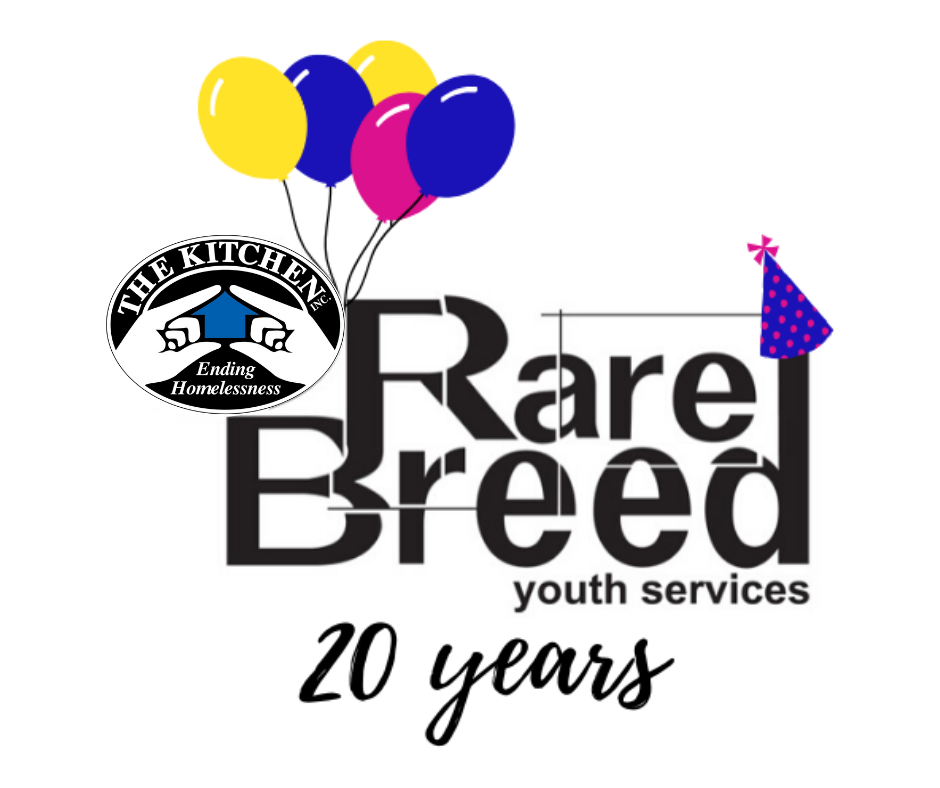 Michael was adopted internationally at age three along with his sister. Once in the United States, there was a clear divide between the attention his sister received and what he received from his family. Michael was severely abused by his mother and given age-inappropriate house chores, while his sister was spoiled and well cared for.

As a preteen, Michael was sent from New York to a religious boarding school here in Missouri, while his sister remained in the home. When he turned 18, he asked his parents if he could come home to New York. Not only was he told “no, he could not come home”, he was given the option of receiving family assistance at an even greater distance of Arizona. Michael ended up angry and homeless, feeling rejected by a family that chose him and then abandoned him.

Michael came to Rare Breed in 2013. He was 18 and had no vital records, no proof that he was a United States citizen, and no home. Adoption records and documents that should be submitted before a child turns 18 were not completed by his parents, and there was little hope that he could prove his citizenship on his own. On multiple occasions during Michael’s time with Rare Breed, Staff had to discourage him from job-seeking out of concern that he may be deported. He could not sign a lease if he could not prove his own identity. This young man needed help.

He faced an uphill battle with substance abuse, trauma-based anger, and lack of family or community supports; but at Rare Breed, he found help. Motivated to use available services, he diligently worked to accomplish so much in the time he has been with us. In the last seven years, he has completed substance use treatment through Clarity, sought therapy and supportive services through Burrell and NAMI, worked with Vocational Rehab and the Missouri Career Center, attended HiSet classes, and attended Rare Breed life skills classes. Working with staff, he obtained his Green Card, located some vital records, and carved out a life that is all his own.

Living On His Own

Today, Michael is a thriving 25-year-old with a cat he loves, named Jasmine. He has remained stably housed through Rare Breed youth housing programs for over six years. If there was an award for maintaining the cleanest apartment, Michael wins, hands down. He now shops, cooks, cleans, works, budgets, and plans for himself. He is working hard to get into his own apartment now that his time with Rare Breed is coming to an end. Due to COVID, Michael was unemployed for a brief period of time and his plans were derailed momentarily, but he has already back on track. Using a COVID-related program extension, Michael will leave Rare Breed Youth Services in August of this year. He reminds us regularly that he is ready because we taught him how to be ready. He states that he is “ready to show (us)” that he can do this on his own. Long gone is the angry youth, and in his place is a sweet young man who is a true friend to his peers, offers assistance to staff whenever possible, and encourages younger youth to seek help at Rare Breed Youth Outreach Center.

SPRINGFIELD, Mo. -- There are many reasons why youth become homeless - among them drugs and a disturbed household. But for some, the reason is simply who they are.

A new report released says that the amount of homeless youth in Springfield are on the rise, and unless something’s done, the problem could get out of hand.
You can change the life of someone who is homeless.
GIVE NOW
© Copyright 2021 The Kitchen, Inc. - All Rights Reserved
Search